The Pitfalls of Emotional Reasoning 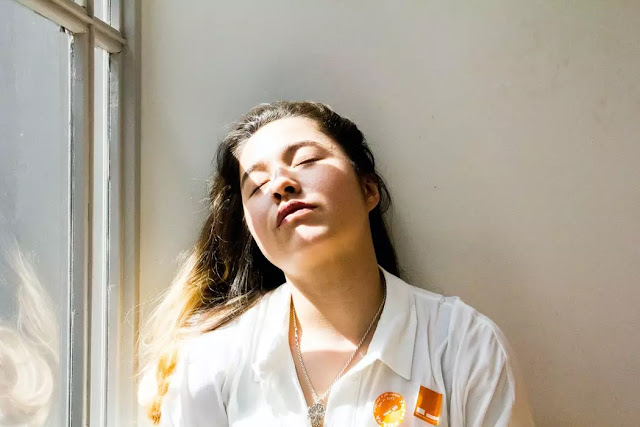 Have you ever told yourself something must be right because that’s how it feels? Or that you were correct to avoid an opportunity because it “just felt wrong?” Such emotional reasoning is very common. It’s based on assuming that your emotions necessarily reflect the way things really are. Yet emotion is a poor guide to the truth.

People’s emotions are driven by many factors, including their state of health, their digestion, and external influences from TV shows to magazines and chance encounters with others. We want some thoughts to be true because they feel so good. We want others to be wrong because we fear them so much. Why are people easily ripped off by slick operators? Because they do want the deal to be as good as they hope it is that they shut their minds to the evidence pointing the other way.
Emotions are natural and understandable, but they provide little or no useful information about the objective truth or falsehood of whatever triggers them.


When emotions are in control

Emotional reasoning leads to us seeing our world through a distorting mirror. Hope makes the good parts appear better then they are, while fear makes the bad bits look more threatening and terrible. Instead of getting an objective view, we oscillate between unreasonable levels of hope and equally unsupported feelings of despair. That’s why the world’s stock markets are bouncing around on a daily basis.
‘All-or-nothing’ thinking is a very common problem of emotional reasoning, especially today. If people tell themselves they won’t do something unless they can do it really well, they’re guilty of ‘all-or-nothing’ thinking—a form of temperamental perfectionism. When others say, “If you can’t stand the heat, get out of the kitchen,” they’re doing the same thing. They’re indulging in melodrama. Making statements like that sounds so tough and dramatic that they miss the utter idiocy behind it.
People who think that way rarely stick with anything that it doesn’t bring them instant success. Their ‘all-or-nothing’ temperament cannot cope with the long-term nature of reality. Making significant change is a slow process, calling for patience and willingness to accept you’re not going to shine at any new approach for quite a while, and pain often precedes gain. No one who starts something new does it well at first. That only comes later—often much later. Few new ideas bring instant rewards. But since these people are too impatient to hang on until things begin to work, they most often end up with nothing.

Mind-reading is another frequent expression of emotional reasoning. Your boss has been down on you all day, so you’re feeling pretty pissed off. About half-an-hour before it’s time to leave, she comes to your desk and slaps down a pile of papers. “I’m too busy to cope with these,” she says, “but they’re urgent. Read them through and give me a one or two-page summary by the morning.” Then she walks away.
As the anger rises, your emotions turn you into a mind-reader. You tell yourself she did this deliberately to upset you. It’s obvious she dislikes you and enjoys causing you as much grief as she can. In fact, your mind-reading ability tells you, she’s trying to force you to leave—probably to save costs, so she can look good to her boss.
Is any of this true? Who knows? There could be a dozen or more other explanations for her actions. Do you consider them? Probably not. Your emotions fasten on the explanation that suits your mood of the moment, ignoring the fact that it’s all based on nothing more than supposition and mind-reading. So you go home late, spend a miserable evening fuming at your boss’s insensitivity, sleep badly, and arrive for work next morning primed to explode at the slightest provocation.
Does this help you? Does your boss even notice? If she does, the chances are she’ll do some mind-reading of her own and attribute what she sees to your “constant bad temper” or “clear inability to cope with pressure.” Most breakdowns in relationships are based on imaginary explanations of superficially observed behavior.

Then there are the ‘guilt trips’ that often follow outbursts based on emotional reasoning. You tell yourself you shouldn’t behave like that. That a colleague’s tantrums or laziness shouldn’t get to you. You should be able to cope better with deadlines. You really ought to be more adult about petty irritations by your age.
Maybe it’s true and maybe it isn’t, but there’s no need for guilt feelings in either case. If it’s true you could do better, do it. If it wasn’t anything to do with you—your colleague really is a lazy, egotistical bum—forget it and move on. Guilt is the most pointless of emotions.

Living in a ‘me-centered’ universe

The underlying problem behind nearly all emotional reasoning is living in an egotistical, ‘me-centered’ universe. Everything that happens is assumed to be aimed at you, personally. The whole of creation is centered on your concerns and needs.
The truth is that we are all totally insignificant and the universe does what it does with no reference to us, good or bad. The traffic-lights fail and make you late for work. Was that aimed at you? Hardly. Hundreds of other people suffered just as much inconvenience—may be far more. You get in a muddle over an important presentation and someone sniggers. Are they delighted you made a mess? Possibly, but it’s more likely they’re expressing their relief it wasn’t them screwing up this time.

A cure for emotional reasoning

Emotional reasoning is rarely useful and frequently causes you additional and unnecessary pain. The cure is to stand back and view situations dispassionately; to try to see reality as it is, unaffected by your current fears or wishes.
Many of your greatest triumphs were due mostly to chance—but so were most of your worst disasters. Enjoy the positive times and don’t let the negative ones get you down. The world has enough ups and downs for everyone, without you manufacturing more by letting your mind confuse emotion with reason.
The bad news is this won’t support the false feelings of euphoria when something goes well and you decide the universe is on your side after all. The good news is that it will cut your ego down to size and stop you from accepting responsibility for negative events that had nothing whatsoever to do with you. The best news of all is that thinking this way will set you free: free of pointless guilt, self-inflicted misery, and negative emotions driven by nothing more than your fearful imagination.